It was a long, winding road with many pitfalls but ultimately I navigated it. I recovered.

As I look back however, I lament the days I wasted due to alcohol and drugs. It was too many days and it continued for too many years.

My lifestyle at the time consisted of weekly binges on the alcohol and drugs. I’d be out of it for days. Then I’d take a few days to dry out before the addictive impulses would overwhelm me and drive me into using again.

This went on for years and ultimately had me feeling lost. The addictions claimed greater and greater control of my life and took me farther away from my true self. In the beginning, the lost days were Saturdays and Sundays then it became Fridays, Saturdays, and Sundays. Then I started adding Thursdays to my “long weekends,” which would actually begin on Wednesday nights. 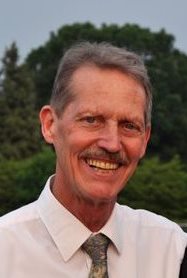 So these 30 years have given me time to improve. And I think that’s what I’ve done. Today I’m sober, I’m happy, and I’m proud of what I have accomplished.

It was near the end of 1986 that I took my last drink of alcohol. By that time, I had long since quit the cannabis and the various hallucinogens, and had finally quit the cocaine and the occasional methamphetamine tablet. It was also in 1986 that I stopped smoking cigarettes and got myself completely off the nicotine. All these drugs took their toll on me but it was the alcohol that took the biggest toll.

Before I stopped the drinking, most of my internal organs were failing. My health was poor. I was depressed most of the time and had difficulty maintaining close, personal relationships. By getting myself sober, all of these problems began to resolve.

I have to admit, staying sober has been good to me. In the beginning, it truly saved my life. Then by maintaining my sobriety, I regained my health, started a family, and became a modest success at what I do.

When I finally quit the alcohol, my life began a gradual transformation. Over time, things got better. Not that the process was easy. Early on, it was a monumental struggle. My two greatest challenges in recovery were my emotional health (the depression and anxiety) and my physical health.

But here’s what helped:

Having the right set of recovery skills is so important. For years, I kept refining and expanding those skills. I studied everything I could find about breaking addictions, and specifically about alcohol addiction.

On numerous occasions in the early 1980s, I had tried AA and found it didn’t work for me. I was an introvert and became extremely anxious when trying to sit sober in a group. Also the AA brand of spirituality didn’t connect with me. My problems with AA motivated me to learn every alternative method that had been proven to have some success in helping people to break the alcohol addiction. When I was finally ready to break my own addiction to alcohol, I used the specific methods that were best suited to my nature; methods that would help me create a successful program for long-term sobriety.

During my research and my personal experience with recovery, I documented everything. This led me later to writing my first book. While doing the writing and the research, this became my “life’s work.” I wrote the book as a self-help guide to help others. Entitled How to Quit Drinking Without AA, it was first published by New Dawn in 1991 and quickly became a bestselling recovery title. The revised edition is now published by Penguin Random House and is still in print as I write this in 2017.

Overall, I feel I’ve done some good work in this field. Through my books and my counseling, I have helped thousands of other addicts and alcoholics to enter recovery and turn their lives around.

Over the years, I’ve learned one thing for sure. Being clean and sober has made me feel grateful. I’m grateful that I was able to find myself and turn my life around. I’m grateful too that I could begin to appreciate the world around me and feel connected to everything within it. But I think I’m most grateful for my family—my wife, my kids, and all the grandkids. Through them, I have found so much love.

Jerry Dorsman is the author of two books on addiction recovery: How to Quit Drinking Without AA and How to Quit Drugs for Good, and the coauthor of How to Achieve Peace on Mind.

Other Blog Posts on Breaking Addictions